Quiche Lorraine with a Twist 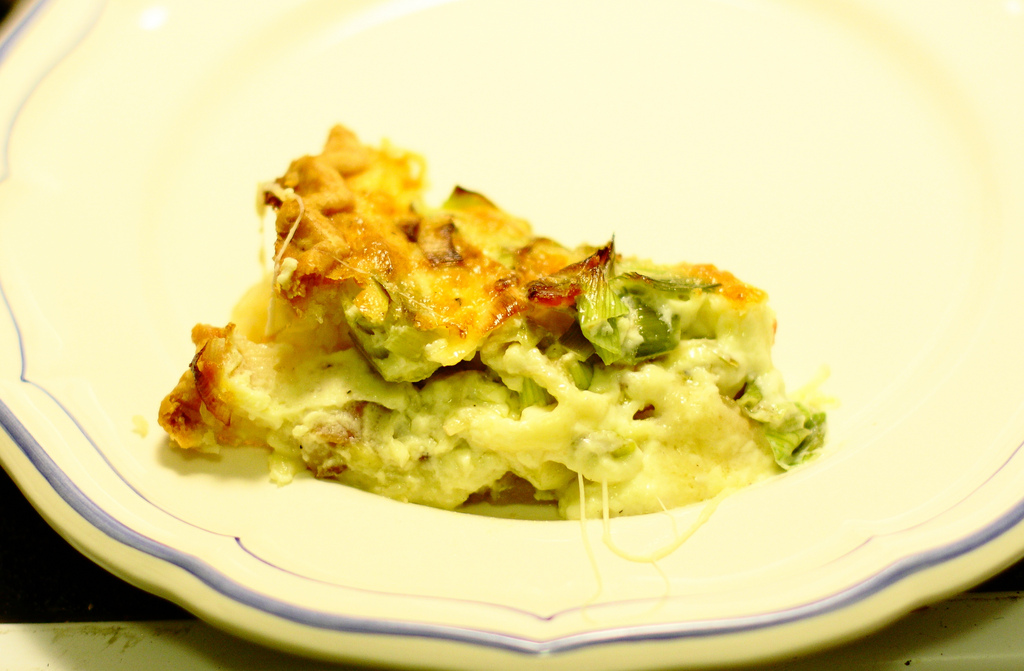 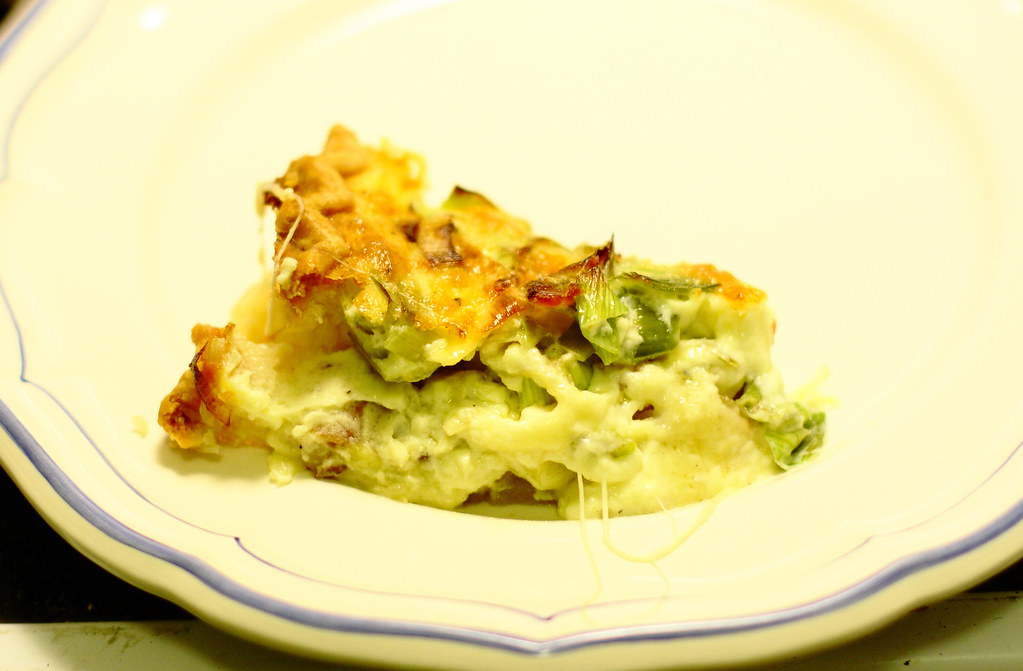 This Quiche Lorraine recipe is one of my favorite recipes. Period. The end. I’ve made a lot of quiches in my time, but this one is, hands down, the best. It’s filling, but whenever I make it, people always seem to take second (and third) helpings. I wish I could take credit for it, but it’s another one of the genius creations from French: The Secrets of Classic Cooking Made Easy. The other day, I thought it might be fun to switch it up a little with one of my favorite veggies, leeks. I love the pop of color it added and it’s a most delicious change of flavor from the traditional onions. Here’s the recipe: 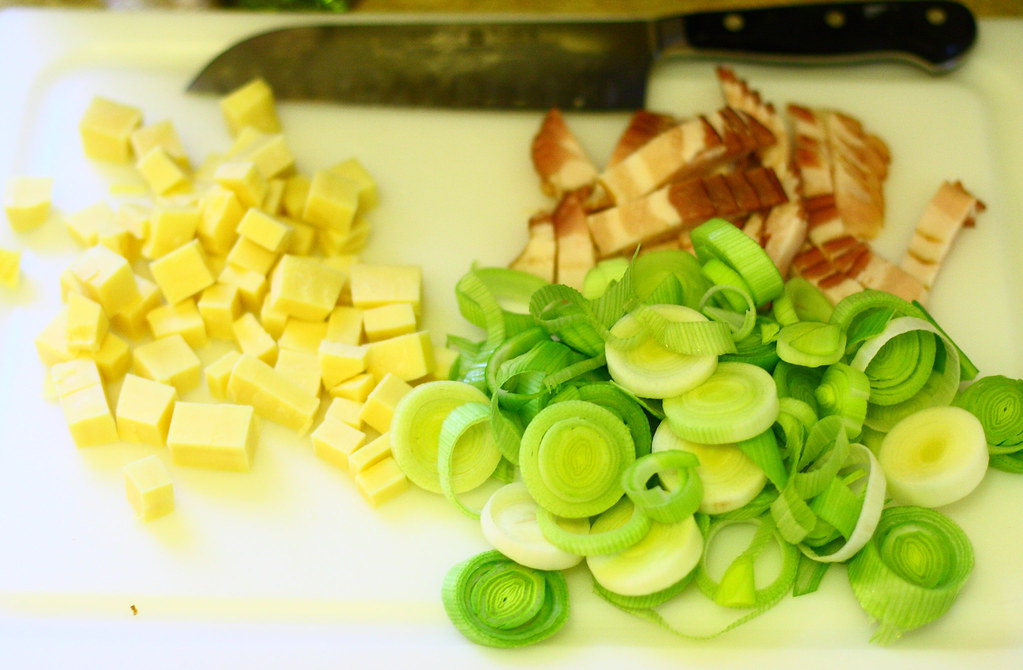 For this recipe you will need: 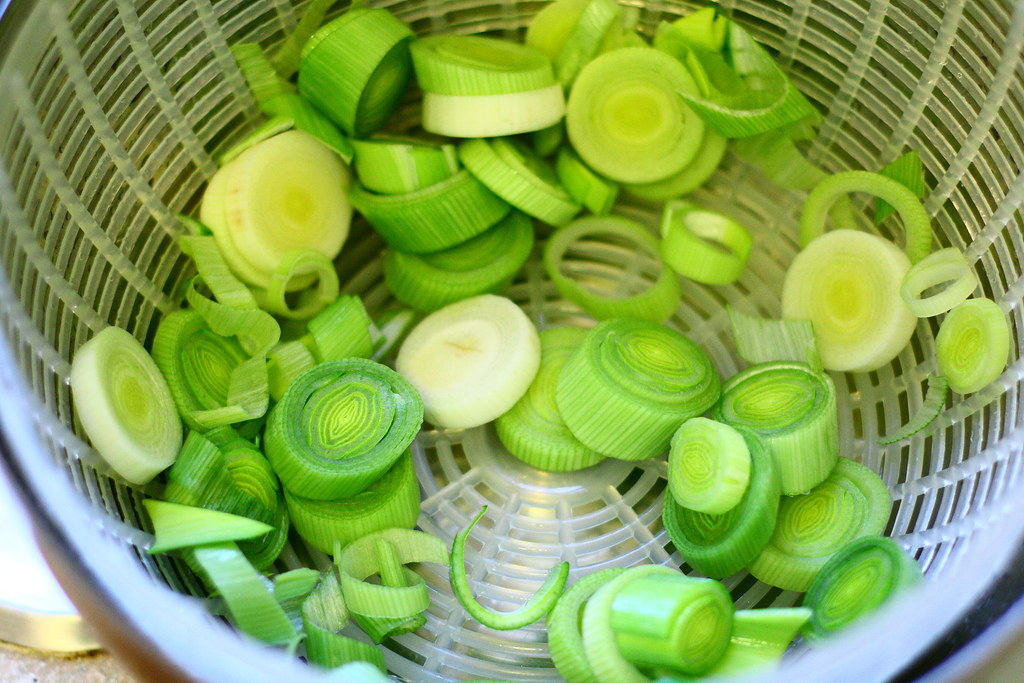 **The thing about leeks is they’re a big fat pain in the butt to clean. I’ve found that, rather than doing the whole flaying song and dance, it’s a hell of a lot easier just to remove and discard the dark green parts, slice the remaining part into ringlets, and rinse them in the colander or salad spinner. This is a much simpler way to clean the leeks thoroughly

Preheat the oven to 400 degrees F. Prick the base of the pastry crust and line with foil. Fill with baking beans and bake for 15 minutes. Remove foil and beans, brush the crust with mustard, and bake for an additional 5 minutes, then transfer to a wire rack. Reduce oven to 350 degrees F.

In a frying pan, cook the bacon over a medium heat, stirring occasionally, until crisp and browned.

Remove the bacon with a slotted spoon and drain on paper towel. Pour off most of the fat from the pan, add the leeks, and cook over a medium-low heat, stirring occasionally, for about 15 minutes until soft.

Beat the eggs and cream together and season with salt and pepper.

Sprinkle half the cheese over the pastry crust, spread the leeks over the cheese, and add the bacon, then top with the remaining cheese.

Pour on the egg mixture and bake for 35-45 minutes until set. Transfer to a wire rack to cool slightly. Serve warm. 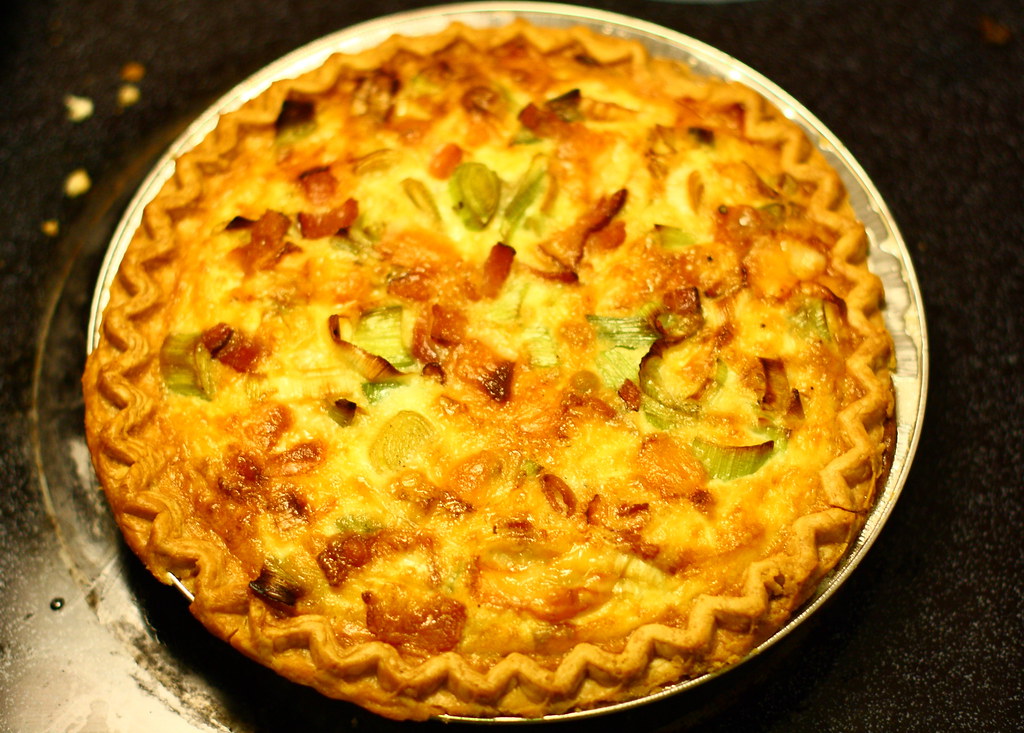 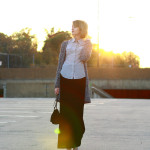 I adore quiche; this looks divine. I had a huge dinner, but this is making me hungry again.

Yum! I think I am DEFINENTLY going to have to try and make this. I love quiche. This looks delicious. 🙂

Please cook for me! 🙂

E.. try this, rather than use foil in the case when you bake it blind get a sheet of baking parchment or grease proof paper and scrunch it up into a tiny ball so its all creased. When you lay it back out flat you will find it much easier to use to get into the edges of the pie case. 😀

i really need to learn to cook more. i know i'll love this dish.

it's been far too long since i've had good quiche. this looks delicious!

I have never heard of this and I don't know why because I want to consume it. 🙂 Delicous looking.

Sounds and looks delicious! Think I might have to test out this recipe x

First of all, thank you for the super sweet, supportive comment. It's been a rough few days, to say the least.

I haven't been eating much yet, but this looks incredible. Maybe Sunday morning is the prime time to treat myself?

that quiche looks so yummy! thanks for sharing the recipe. and yes, leeks are a pain in the butt to clean 🙂

i love quiche! it's definitely one of my favorite foods and you can eat it any time of day.

That looks freaking delish! Thanks for the tip about cleaning the leeks, too!

I've never made quiche before but that sounds lovely. I need to buy that book. I'm learning to cook and I have a ton of books on my wishlist.

ah, i should know better than to visit your blog when i have late night munchies. this looks AMAZING E. in fact, i think I'm going to get some quiche in the AM before my Retail Math class 🙂

love your blog!
come visit COSMICaroline and see the revamped looks and a musician photoshoot i got to style!

Win our Perricone giveaway worth $150

Win an Orient Watch USA worth $285

Hmmm. If I email this post to my boyfriend, what are the chances it will be waiting for me when I get home? The answer, unfortunately, is zero percent chance of that happening. But this is exactly what I need right now. Like if I could choose one thing to eat, it would be this. How did you know? And why are you taunting me? And why do I have soccer tonight, which means I totes can't go make this and instead have to settle on fast food?