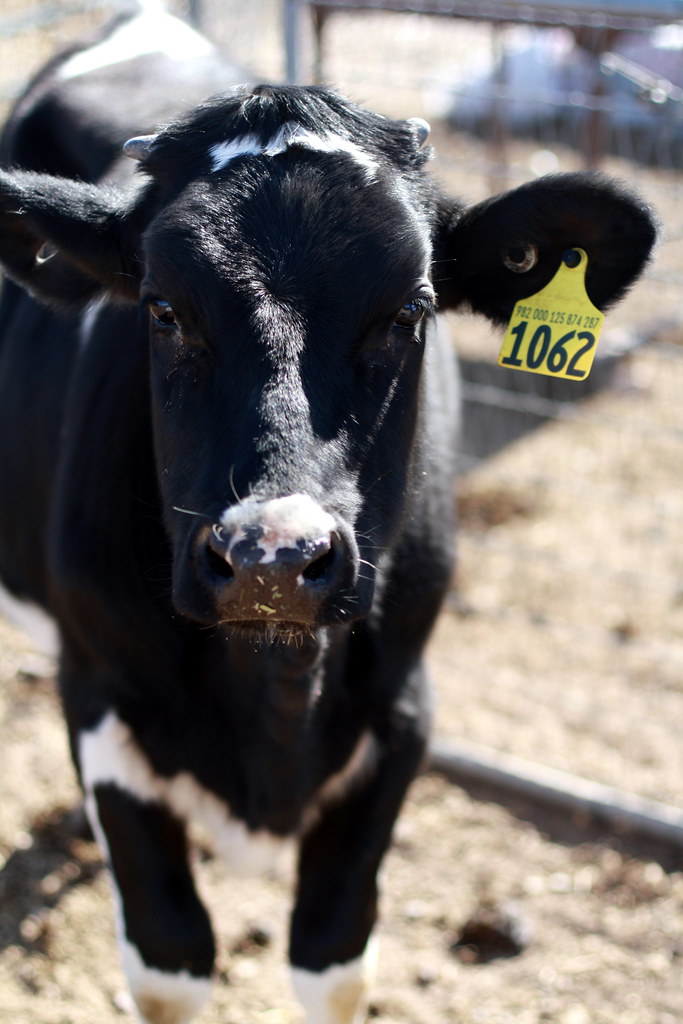 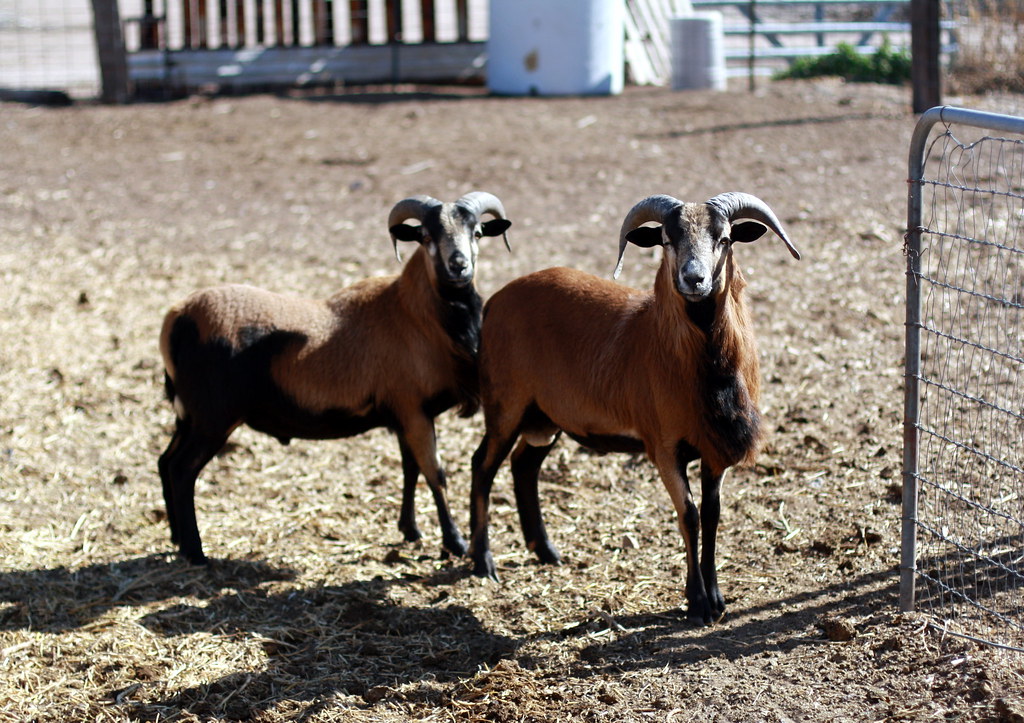 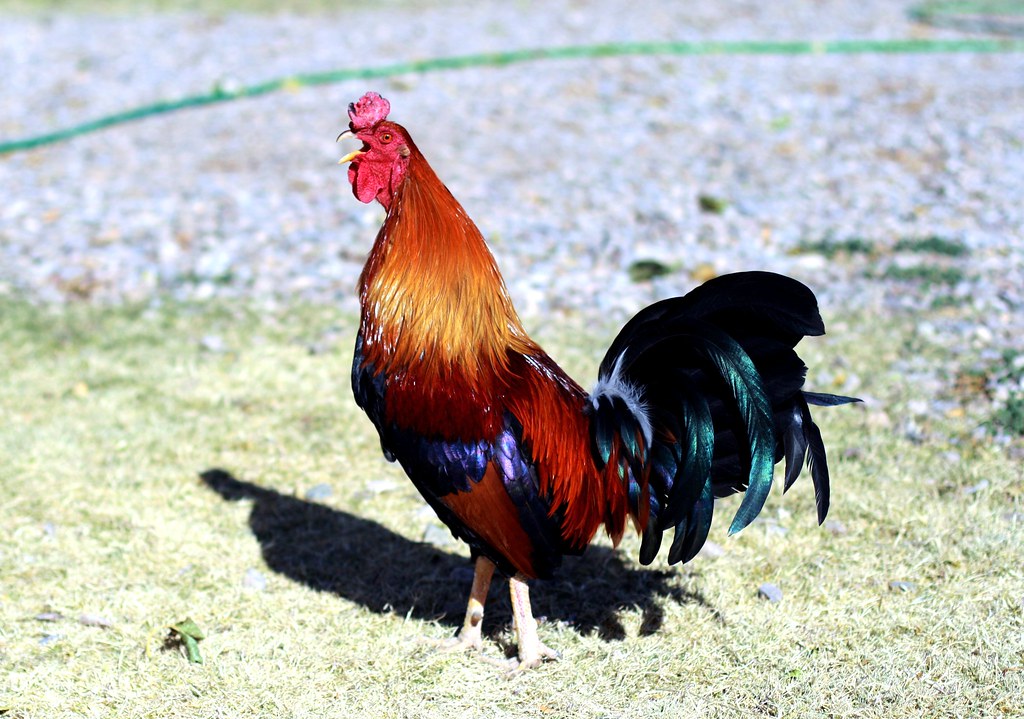 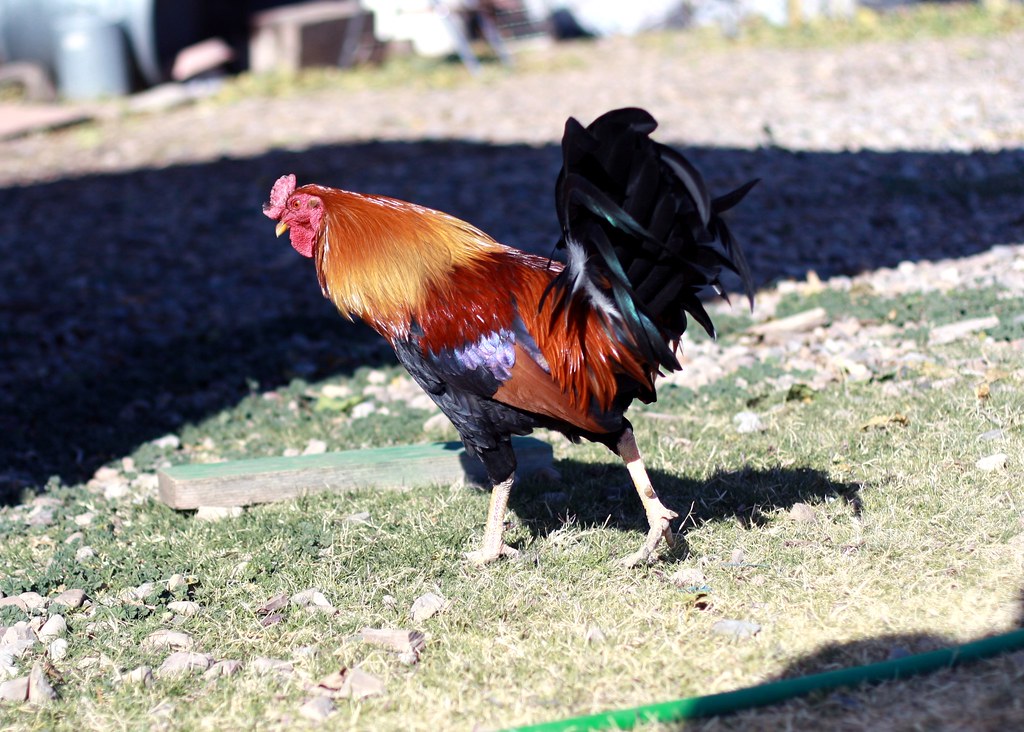 So this rooster just showed up at B’s parents’ house one day with two hens and a kitten in tow.  B’s parents suspect the rooster was a fighting chicken who was let loose from a nearby farm when New Mexico cracked down on cock fighting.  Not clear on where he picked up the entourage.  The crazy thing about this bunch is that the chickens wouldn’t eat until the kitten was fed, too.  A couple years later, the cat had kittens in the hen house and they all still live together in this happy little animal utopia.  I’m not making this up.  This could totally be one of those inspirational email chains. 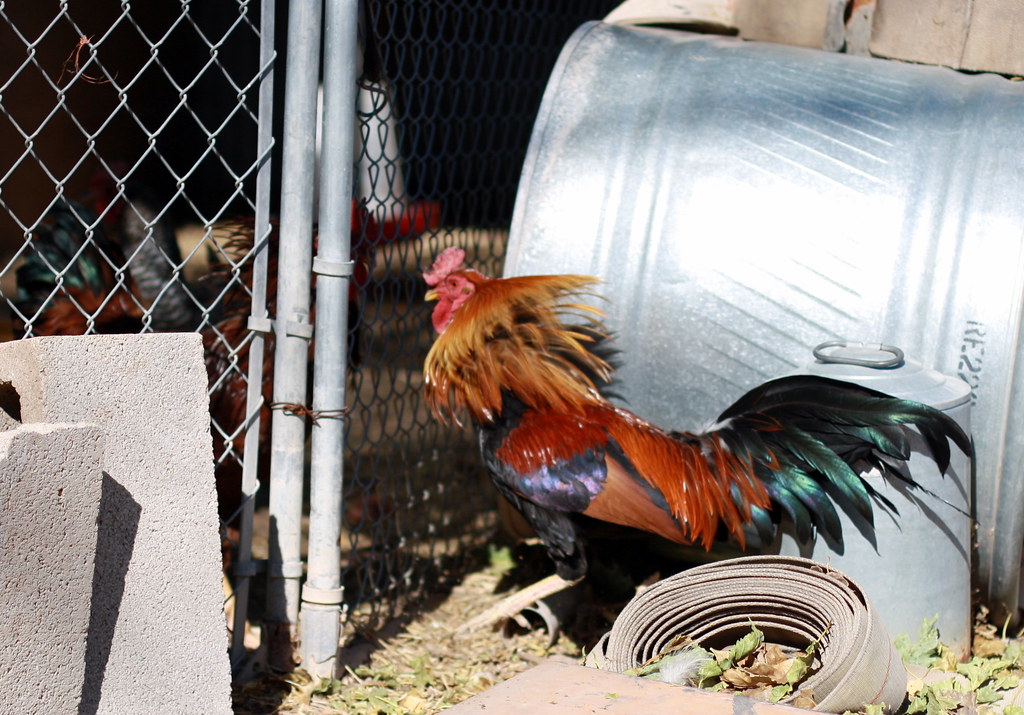 This isn’t the greatest shot, but I had to share the attack rooster facing off with the rooster that is currently kept with the hens.  Roosters, apparently, will kill each other if they aren’t separated.  Like the Highlander, there can only be one. 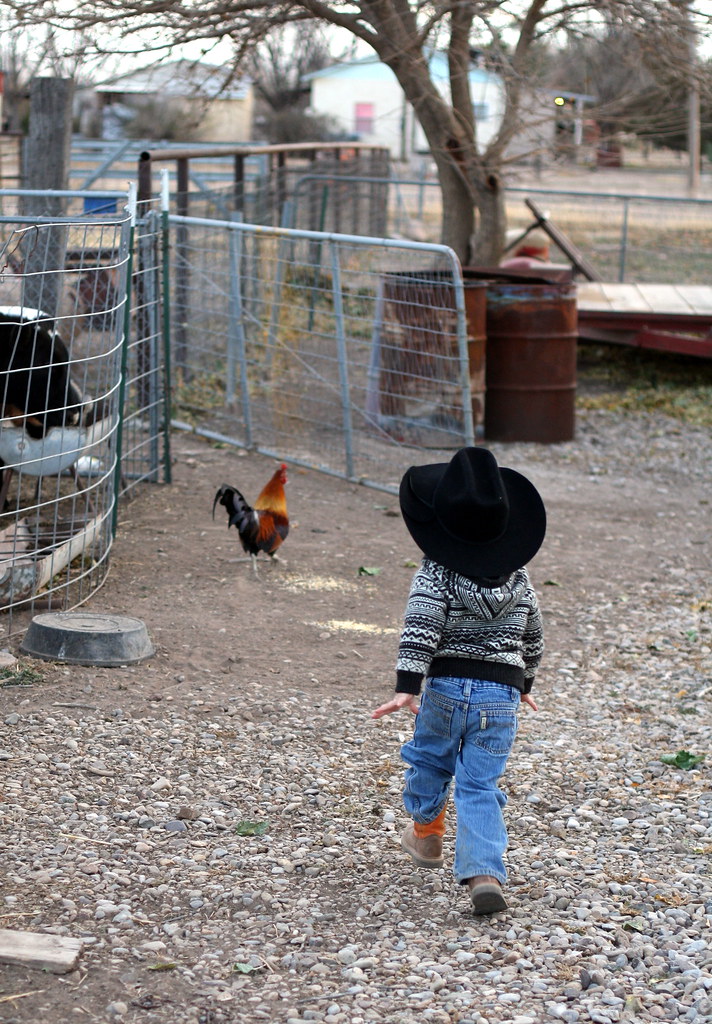 The only thing that frightens a brave fighting rooster?  A three year-old. 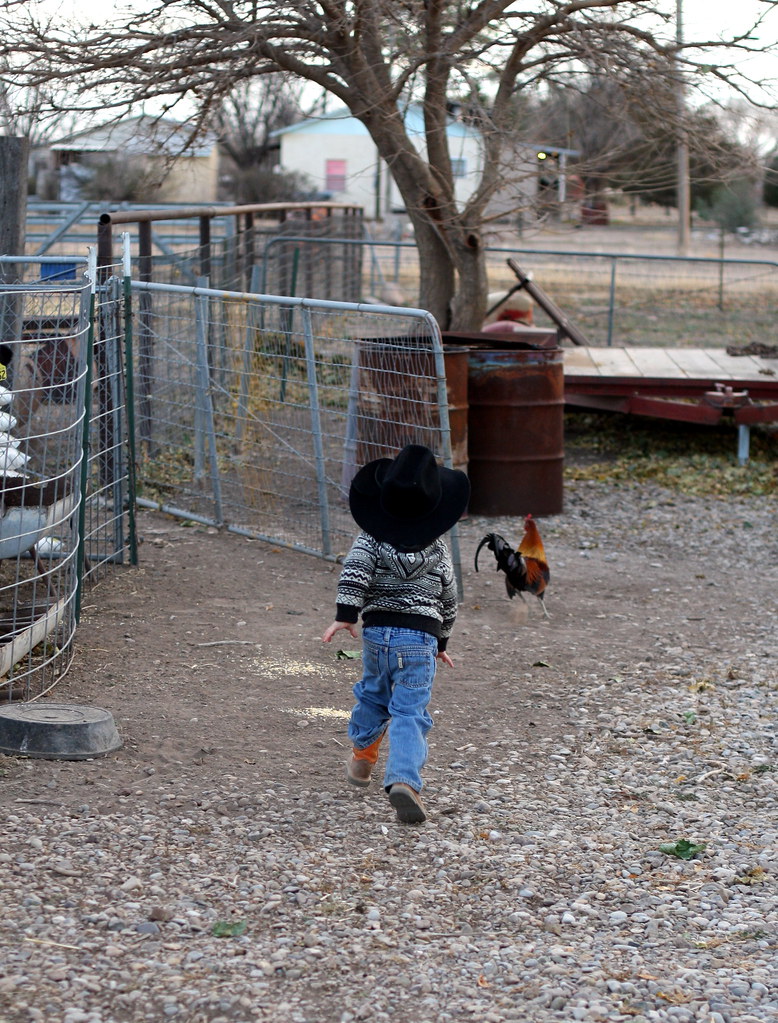 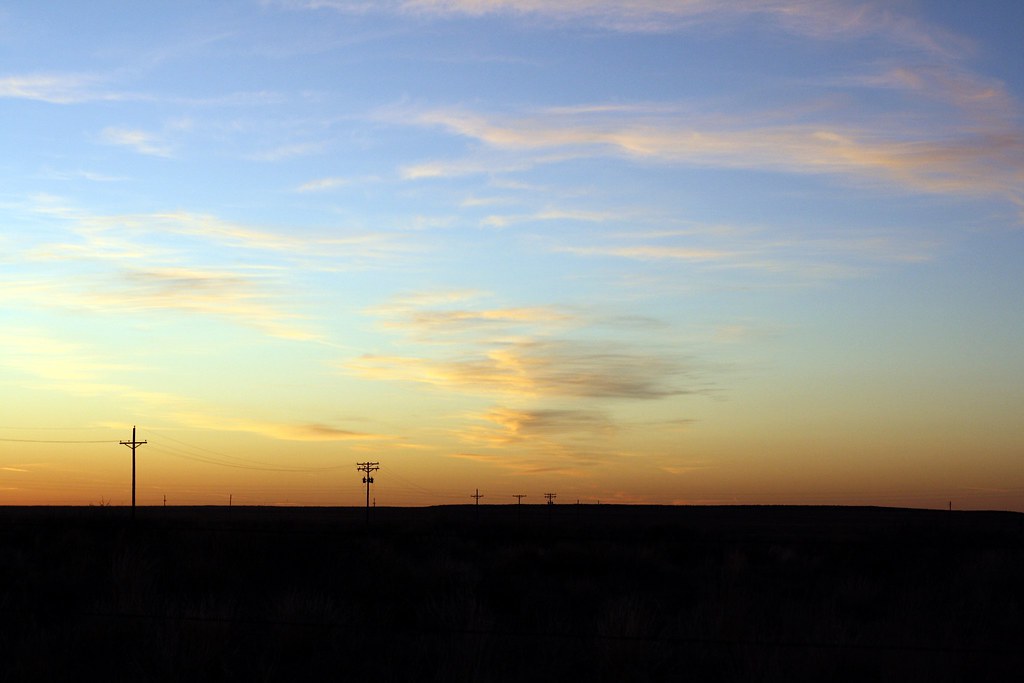 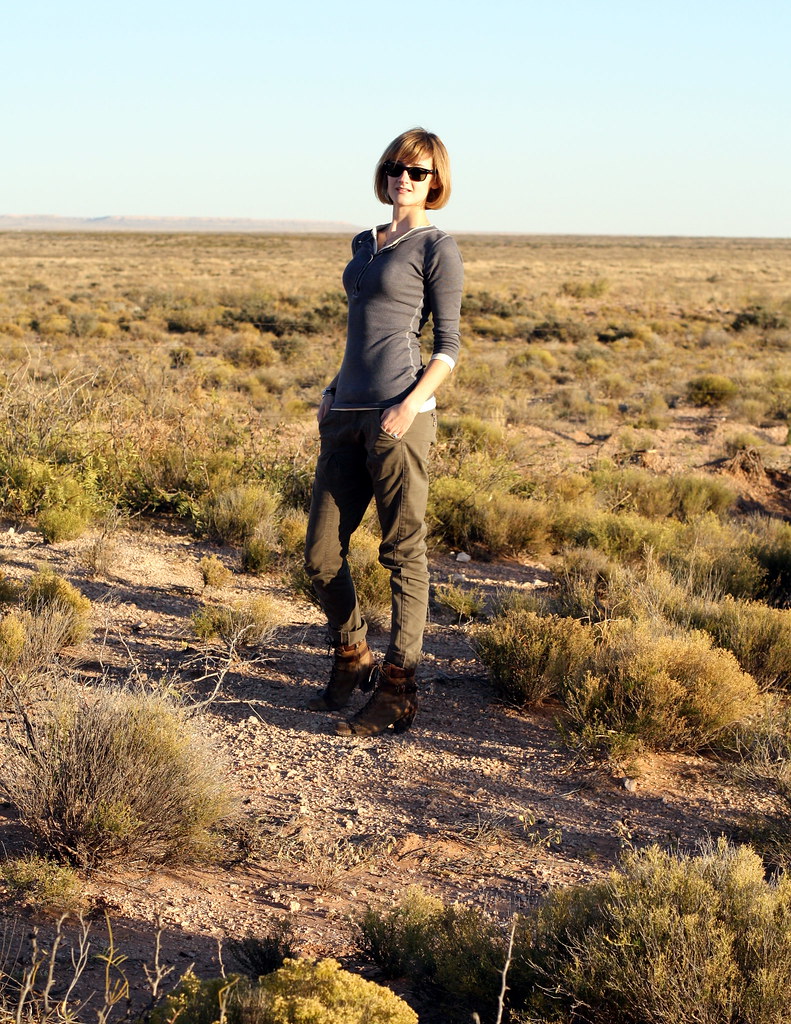 PS Thank you so much Maria for featuring me on Chicisimo!!! 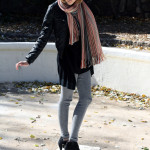 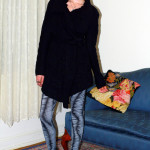 oh my gosh! The story about the rooster is hilarious! I can't believe that they all live together peacefully!

Love the story about the rooster and I like your outfit a lot. Casual, but very chic. Henleys are the best!

A farm melting pot…love it!

HAHA. I love these pics! And your trousers are amazing!

When you said Farmville, I was thinking, "gosh, E will promote Facebook's farmville."

I love the images… so nice to see images of farms in the US. We have lots of those here in the Philippines but I never see one in US.

I love these photos! How cool must it have been there!? Love your outfit as well.

E, i love these photos and the odd animal family story!! lol! wow, that IS quite the entourage. i'm such a sap for happy endings haha glad they're all still living together:D i'm also glad u took advantage of the sales lol u should keep ur purchases;) think of it as an early xmas present:D thanks for sharing ur pics!

wow, amazing pictures, where you live looks like a fantastic contrast to my concrete city

Love the rooster story and your outfit 🙂

Amazing pictures dear ! Love them , especially the sunset one 🙂 And amazing boots you have ! xooxox .

thanks for these pictures.
yay! mr. freddy's so happy to see the cow and
roosters.
haha..when i saw the photo of a child chasing the rooster, it reminds me of mr. freddy.
we have kittens here at home, the cats are scared of him because he's chasing them. lol!

I really enjoyed the story of the rooster !! And the 1st photo of the cow,it looks soooo adorable:)

Gorgeous sunset photo again and also still in HUGE love with your boots. you're so beautiful<3

awwww love the rooster with the entourage! love your sunset photo too dear, those pants are fab!

P.S.: Don't forget to enter the Ellington headband giveaway! Are U ready a winter party or New Year party? ENTER!

love the rooster story haha, definitely could be one of those email chain letters 😛 gorgeous sunset picture btw 🙂

teehee. I was lol'ing at this one. Awesome shots, btw. The photo of the little boy running after the rooster is hilarious.

Those damn three year olds are scary! You have me laughing out loud!

Like the Highlander, there can only be one. bhahah!!! that line cracked me up!

and your sunset shot it STUNNING!!

Do you have a picture of the cat and/or the kittens?

loving the farm pictures, and the picture by the sunset is gorgeous

what beautiful scenery! love those boots youre wearing!

i like the picture of the child chasing the rooster. : ) xoxo

those pictures are adorable!

i love your outfit!

beautiful photos, love ur outfit too!!

Great pictures! I love those Mango trousers, too!

Love that animal story! I guess animals really do seek companionship, in whatever form it may take. Hahaha… the little one running towards the rooster cracked me up. Great casual outfit by the way… really like those boots!

Who's that brave little boy? I like his sweater. 🙂

Best story ever. It's a Pixar movie waiting to happen, the theme being acceptance and love. Gosh, I feel so warm inside… This New Mexico set of pics has blown my mind!

I love the farm animals. That rooster looks very fierce. I love the story.
Kisses!

haha ooo i love this post. those pictures are gorgeous.

ps. there is a game on facebook called Farmville. it's very addicting.

ahaha the chasing pics are too funny….

i love your pants and boots combo – very cool!

You look really lovely in the last photo, of course, and GOD, I love those Born boots. That rooster sure looks like the fighting-est rooster I personally ever did see. But then I never have seen many roosters. At least he has a big heart.

beautiful scenery! and the hen's feathers are so pretty!

the last shot is beautiful. and even though you didn't really talk about farmville, i just have to say that i love wasting my time playing it. 🙂

great photos. My father has his own farm before. He breeds chicken and roosters. I killed some chicks accidentally, and i cried for days. those were the days.

i had fun reading this post a lot. i love life in the farm. and that roaster story is very funny, made my day. 😉

I adore this post so much! Maybe because I adore farm animals and toddlers, lol. 😀

P.S. I was super stoked that you recognized that picture from "Legend" because no one else that I know has ever heard of it, haha!

LOL! this story of the rooster is so funny :))
that 3-year-old is so cute.
have a lovely day, darling.
xoxo

[email protected] of a Young Designer

I'm adoring that sunset! It is a real dream.

Yay for rooster love stories! And your photos in the last few posts have all been amazing. I can see why you're so inspired by the landscape…it makes me want to hop in the Jeep and take a road trip!

Awww that is the most adorable story! I'm such a sucker for cute animal stories.

i'm really enjoying the scenes. i always feel this is how our creator's meant the planet to be for us.

thanks for stopping by!

I totally luved ur story and you make this outfit soo chic!!! : ) xx

I'm a big sucker for chickens (I grew up on a farm) they're so funny. I loved the story about the chicken entourage! Beautiful photos- you're seriously making me want to visit "the west"!

hehehe your highlander comment gave me a big giggle!
and i love these pictures, they are beautiful!