Not very surprising, but Michelle Obama will be appearing on the cover of the March issue of Vogue. Washington Post describes the cover…

In the cover photo, taken by Annie Leibovitz, Obama is leaning on a soft beige sofa at the Hay-Adams Hotel, where the first family stayed days before the historic inauguration. Obama is wearing a magenta dress by Jason Wu, who designed her inaugural ball gown. Her right hand rests under her chin. Her left hand folded beneath her. She is wearing a diamond that you do not often see her wearing in recent appearances. Behind her, light streams in between curtains. [source]

More on the upcoming issue here.

Update: Perez has got the picture here. 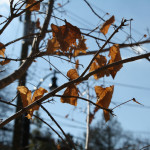 she seems as a fantastic women. i like her a lot.
cover? oh anna…

She is a great First Lady!!

The Man Who Knew Too Much

I am not sure about that…..
BUT she does make a great first lady for sure.