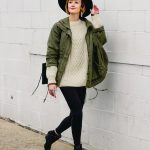 FacebookTwitterInstagrampinterestBloglovinRSS
SearchArchive
One of our favorite holiday traditions is decorati

For many of us, Thanksgiving will look very differ

With the weather getting colder & the days getting

Currently stocking up on all the frilly feminine b

This camel coat is one of my all-time favorites. Y

Virginia foliage been showing off this fall 🍁

Have any of you picked out Thanksgiving outfits ye

Perfect shade of green 🥑 @sundays_studio in No.

Classic "investment" pieces don't have to cost a f

Feeling hopeful this weekend was just a taste of b