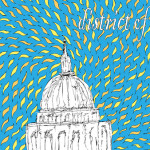 FacebookTwitterInstagrampinterestBloglovinRSS
SearchArchive
Dressing for school drop off is a sport. The rules

Some of my favorite summer days were the ones we d

How much beige is too much beige? Asking for a fri

Closing out summer in our favorite place — I wou

Ahh the strange push and pull of emotions now that

Ms. Mary Mack went to the beach…and got a sunbur

My secret weapon for natural waves (even when I’

The bag deserved its own square 🖼 @strathberry